I love my brain--especially when I'm asleep!

My dreams about big cats (last night it was leopards and tigers) are continuing, even as my daytime brain is observing and abhors the current crises facing our nation and the world thanks to our C.I.C. (Charlatan In Chief) and his racist, sexist, homophobic, xenophobic, (and the list goes on) minions (The David Dukes, Mike Pences, Pat Robertsons, Franklin Grahams, Ted Cruzes, Mitch McConnells and Paul Ryans of the world), his Twitter Twitch, and his saber (no, much worse: nuclear)-rattling.   Thanks to my wonderful brain, I get a break from all that!

Last night as the various big cats leaped over tall fences and came bounding in my direction, I wasn't even briefly concerned (as I was in the previous night's dream with the cougars): I was smiling, welcoming and beckoning--and they came, and flopped, and we basked on the ground together in a huge heap of happy.

Leopards and tigers don't purr, but I heard chuffs from the tigers (which is an outward-only purr and usually a sign of contentment), and they turned over, asking me to rub their bellies.  It was bliss...

The dream seemed to go on for hours. Lots of people stopped by and took pictures from some distance away but none asked to join us!  I was floored by that!

But I didn't invite them to join us because people seem to understand (instinctively) whether or not cats (big or small) welcome them and I didn't want to risk anyone getting hurt. (Fear can get people hurt. It sets off animals' fight-or-flight response.)

If there's a heaven, there had better be big cats (and little cats) and goats and all sorts of creatures in it, or I will be deeply disappointed.

There is no better place to be than with critters. If I had to choose between keeping company with people or animals in heaven, there would be no contest. Except for perhaps a score of people, I wouldn't miss many of them (and some of the people on my Top 20 list I've never even really met yet--RFK, Mark Twain, and Jesus!)

Which is not to say that I'm a misanthrope. But animals simplify existence, while humans  all-too-often complicate it. (Again, our present CIC and his cohorts are glaring examples of the type of people who complicate matters... and I think God will tell them, when they arrive at heaven's gate, "I never knew you..." because certainly they do not know the God that I love and do my best to serve with my attitude, heart, mind and spirit! It's right there in Matthew 7:21-23)

My life has been filled with the companionship and affection of animals--tame, domesticated, livestock, and captive wild. I can't imagine a happier existence, even in heaven!

Certainly animals have lived up to God's expectations of them. Humans haven't. Calvary happened because humans screwed up, not the other animals.

The emotional and spiritual connection animals lovers have with animals is the connection that all human beings are supposed to have with them. Humans were (reportedly) given dominion over them, but in the same way that a benevolent king has dominion over his kingdom: not to rape, pillage and plunder,  but to bless and help in times of hardship and distress. (Environmentalism, anyone? Humane living conditions, anyone? Not being a beast to beasts, anyone?)

My dreams remind me that there's a heaven waiting that will look nothing at all like this earth or the heaven that too many off-the-rails pastors describe to keep people afraid--very afraid--of everything but the things they should be afraid of: wolves in sheep's clothing. (No disrespect meant to real wolves and sheep...all of whom are fulfilling their proper  purposes in nature.) "Look there, not here!" is the mantra of too many preachers (and our present CIC).

P.S. I love the quote, "Some people are so heavenly-minded they're no earthly good." I would add people who proclaim themselves heavenly-minded who are earth's premier predators. I listed a handful of their known leaders above...

But just don't let the bastards get you down!

and do everything you can during the day

to make sure human predators

LOSE their positions of power

and are replaced by people who love animals and others!!! 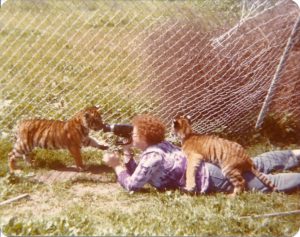 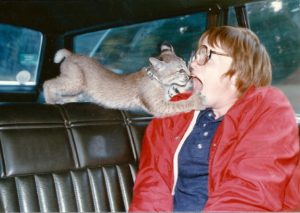 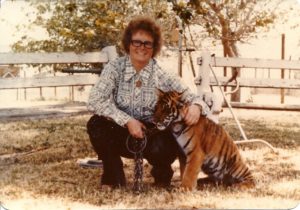 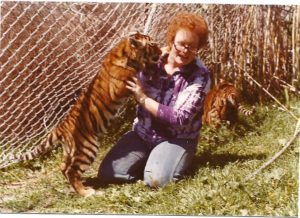 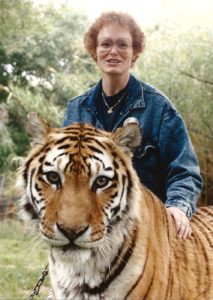 "Caring for animals is how I roll